Behind The Scenes: An In Depth Look at Life as the VP of Engineering

I recently had the pleasure of sitting down with Charles Glommen, VP of Engineering at Tealium, to get an in-depth look at his role, his inspiration and his keys to success.

How did you get started with Tealium, and in the martech industry in general?

I’d probably state that my career never really “entered” martech, at least not as we describe that industry today. The “martech” industry, for the most part, did not exist. Rather, the modern digital data-driven martech industry really began in the mid ’90s. But it was less an industry, and more of just a collection of early ad link exchanges and simple web counters (the precursor to modern web analytics). One of which I was fortunate enough to have joined. It was early ’98, as I was just finishing my service in the Marine Corps.  As an ambitious young new husband, father, and developer, I was on the search for a great local startup to begin my career. Fortunately, an equally young and ambitious startup named WebSideStory took me in. WebSideStory was among those few original hit counter companies. But counting “hits” was just the beginning. It was clear that enterprise marketing needed much, much, more. After many all-nighters and a few technology breakthroughs, we had effectively launched the real time web analytics industry, and arguably, the digital data-driven martech industry itself. We had closed the chapter on batch processing of disparate server logs. Real time, data-driven web integrations would take root. Ok, that all sound a bit pretentious. But it was clear we had contributed something transformational.

Web Analytics was wildly spreading, and the need for more insights and data was insatiable. Deploying analytics to webpages became an impressively technical practice. But managing these analytics deployments became unwieldy, especially as complementary tools came on the market (with their own implementation challenges). Maintaining the agility which these tags were intended to provide became overwhelming.

Over the span of a few years, Tealium developed the universal tag, its brilliant deployment and scaling model,  and its simple workflow UI. This effectively solved this tagging issue, bringing back the agility SaaS was intended to provide. And more so – it provided the ability to harness multitudes of sophisticated tool integrations into a single manageable tool, and I jumped at the chance to be a part of something special.

So what exactly does a VP of Engineering do?

I can’t speak directly to the title as an industry standard, as it probably varies greatly based on the size of the organization and the industry. But I can offer my perspective on the internet startup and SMB world. When I joined Tealium, they had just begun the initial expansion of the company structure. While it was clear my first goal was to build out the engineering team, we recognized the critical importance of finding those key foundational engineering members (and wow did we!!). My role was to establish the culture that would fuel the team’s innovation, collaboration, and technology philosophies– And this remains my focus even today. But there are other more tangible responsibilities. Participating at the executive level to ensure our roadmap always stays on true north. Prioritizing engineer tasks that which expand the product or maintain the care and feeding of the platform.  But also to ensure the team is well staffed, equipped, and enabled to provide the product expected.

What have been some of your major successes in engineering?

As a Tealium family member, seeing all the logos of companies through my daily life that are customers is incredibly rewarding. As VP of Engineering, my biggest success is witnessing a growing team of more than 50 all share the same level of commitment and care for delivering great products our customers need. Knowing these engineers have chosen our team among all others to grow their career is quite an honor. But, as an engineer myself, I consider every well-received software update a success.

What have been some setbacks?

Creating sophisticated software that customers will select, love, and come to depend on, is very difficult for any firm or team to accomplish consistently and efficiently without setbacks. From my perspective, a setback occurs any time a new feature isn’t well received, or a bug goes undetected (by us), or issues in the production systems aren’t sufficiently contained and resolved. We are not immune to these. What is important is to learn from each one, never become desensitized, and do what it takes to earn customer confidence.

Describe a typical day in your life.

Besides the typical catching up on the morning email or task reminders I set for myself the day before, the three areas I tend to focus my attention are 1) platform efficiency and health reports, 2) ongoing project status review, and 3) priority planning. Great days are those that involve feature design reviews or technical deep dives with the team. Fortunately, I have many great days here!

What’s the one thing that keeps you up at night?

Let me first state what doesn’t keep me up at night (anymore). Our ever maturing network operations team is armed with a sound monitoring and alerting automation system. And the processes designed around that, with the coordination with customer-facing teams, allows us to be on-guard 24/7. Having stated that, I always make myself available to the team, 24/7/365. Rather, what keeps me up at night is wondering if I did everything as effectively as possible, and what can I do tomorrow to improve. The more efficiency I can find, the more swiftly we can deliver what our customers need.

What brands inspire you with their engineering innovations?

Is it too cliche to say Tesla and Apple? They are fantastic. Amazon is also on track to dominate the world. But I’ll state the more “under the hood” side of Amazon, Amazon Web Services. AWS is one that really appeals to me. The initial business model of commoditizing their “spare” data center resources was brilliant. But the ongoing evolution to provide engineering teams with the tools needed to be more efficient became essential to any startup. After surpassing all their competition, effectively “winning” the IaaS war (or perhaps even preventing one to begin with), any other company could easily have become complacent. AWS did not. They continue to be thought leaders. I have a great deal of respect and admiration for that level of business and engineering acumen.

What’s one word that best describes how you work?

What is one thing you would say to brands who aren’t putting their customer first? And don’t know how to get started even thinking about customer obsession in regards to the way they engineer their products?

Too often we see companies focused more on their investment rounds and their competitors than their customers. Tealium has always had a culture of the customer-first approach. Our roadmap and release schedule has always been designed to leave room for customer influence. Don’t be afraid to adjust your priorities. Keep the feedback loop tight, iterate, and demonstrate.

What technology do you use every day that you can’t imagine living without?

As a generation Xer and child of the 80s, I CAN imagine what life is like without the internet. The evolution of technology is breathtaking, yet we still seem to become dependent so quickly.  At the risk of sidetracking, one of my favorite comedic videos describing the mentality around new technologies is by Louis CK. Don’t worry, it’s safe for work. https://youtu.be/q8LaT5Iiwo4. But I probably will say I can’t imagine daily life without my iPhone. I still don’t do much browsing or buying on it, but the ability to stay hyper-connected to the rest of the world is essential. I feel disconnected, even naked without it. And looking at the behavior of my Millennial children, it’s clear this trend will continue.

What do you believe is the secret to success?

Know yourself. Know your weaknesses better than your strengths. Trust your peers. Demand results, not perfection. And, lastly, enjoy the ride!

Be sure to be on the lookout for more inside looks and in-depth chats with the team here at Tealium. 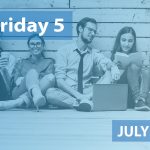 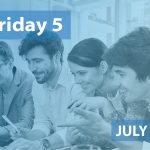