MarTech news is exciting, innovative, and everywhere – feeling like you can’t get through it all? Tealium’s got you covered! Each Friday we’ll share our top recommended readings from the week.

Many firms are still not up to speed with GDPR, according to a recent study. The research found that 28% of companies do not feel fully compliant. In addition, less than half are confident they would pass their first GDPR audit. But over one third are somewhat confident, and less than a fifth are not sure at all. In addition, 90% can easily respond to…keep reading.

Each minute of the day, users of the Internet watch 4.3 million YouTube videos and conduct 3.9 million Google searches, on average, according to recent research. A new report on this data consumption was created and based on publicly available data from a range of sources, including Web measurement services, such as Internet Live Stats, and social networks, such as LinkedIn. Among the key stats from the research…keep reading.

How To Structure Your Digital Team: 16 Critical Roles
A CMS Wire Article

Creating digital products is a multi-disciplinary process that blends creativity, engineering, strategy, customer support, legal regulations and more. Because of its complexity, many large enterprises and global brands undergoing a digital transformation struggle to structure their teams. The optimal structure for digital teams varies from organization to organization. But one way to approach the task is by using a base framework that identifies...keep reading.

Google Ads: Coming Soon To A Billboard Near You?
An Inc.com Article

Whether it’s Google Search, the Android software that runs most of the world’s mobile devices, or the many Google Ad services, consumers are right to associate Google with the internet. However, recent reports suggest that Google is thinking of expanding into new territory. Google is in the process of testing a feature overseas that could bring Google Ads to a billboard near…keep reading.

Elon Musk, Henry Ford and the Truth About How To Build A Sustainable Company Culture
A Thrive Global Article

Among the many fascinating responses I got to my open letter to Elon Musk about his New York Times interview was an email from Jonathan Mildenhall (most recently CMO of AirBnB, and now about to launch 21st Century Brand) about Musk’s tweet holding Tesla up to the excellence of another vaunted…keep reading. 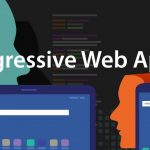 PWAs: What They Are and Why They’re ImportantData, Under the Hood 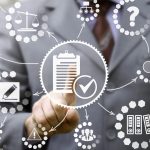 Building A Foundation For Analytics Success Through Data GovernanceData