Editor’s note: the following is an interview with Bubba Murarka of DFJ, a venture capital firm. 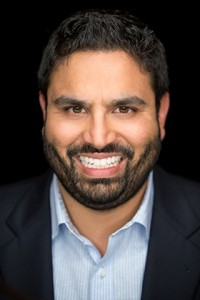 Neal George (NHG): Tell us about your role at DFJ?

NHG: What are the key trends you’re seeing in the market regarding mobile apps?

BM:  Just as I saw the writing on the wall while I was running the Android for Facebook product team, every established company is seeing that the majority of end user computer time is shifting to Mobile. This means that every existing piece of software is going to have to be rewritten to work on Mobile. Each legacy B2B software vendor can be disrupted by nimble Mobile centric startups.

NHG: What should companies know about when planning to launch an app?

BM: There are multiple phases to mobile app development, but the most important is to pick the initial platform to build and iterate upon. For B2B apps I think iOS is usually a safe choice given that 70 percent of enterprise employees carry iPhones. B2C apps pose a harder decisions to make, but on balance I favor Android because of the faster release cycle that Google Play enables. There is a lot of subtlety regarding this choice though, so the most important thing to do is really be thoughtful. After you have proof that the initial app version is right, you should then port and optimize the app for the other platform. I have a blog post expanding on this here:http://bubba.vc/2013/08/13/the-most-important-mobile-design-decision-a-startup-faces/.

NHG: A year after writing your blog, “The Mobile SDK Crunch,” what are your thoughts on the subject? Has your opinion changed? Do you envision customers really stacking multiple third-party vendors in mobile apps like they stack vendor tags on the web?

BB: I still think this is a huge issue facing a company selling products that require native mobile SDKs to be deployed. If your company sells an SDK that does not directly enable a critical business goal, you are going to be in a world of hurt. That said, I do think mobile SDKs are here to stay as mobile app development needs all of the accelerators it can get given the pace of the market! Because SDKs are here to stay, the incumbent SDK providers have an advantage to expand to other adjacent verticals, potentially making niche players obsolete.

About Bubba Murarka
Bubba Murarka is a partner at DFJ, where his current responsibilities include leading early stage investments in consumer internet and mobile technology companies. Bubba currently serves on the boards of Circle CI, Highlight, Kiwi, and Twin Prime. Prior to joining DFJ, Bubba led product development for Facebook for Android and started the Facebook Home project. At Facebook, Bubba also led business development deals with key strategic partners, including Microsoft, Netflix, Yahoo, Dentsu and Terra Networks. Previously, Bubba spent seven years in technical and product roles at Microsoft, where he acted as group program manager for Bing’s Bay Area development team, delivering components of Windows, MSN Toolbar with Windows Desktop Search and early versions of Bing Social. He started his career at Microsoft in Seattle as part of the original threedegrees team focused on social products. Bubba holds BS and MS degrees in computer science from Cal Poly San Luis Obispo where he served as the sole student member of the California State University Board of Trustees.  Today Bubba continues to focus philanthropic efforts on increasing access to education. 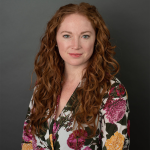 Hilary Noonan
Hilary is Director of Content at Tealium.

Daily Practices of Data-Driven Marketers
Data-driven marketers are rising to the top for their intentional use of data in strategy, analysis and execution. They are constantly focused on measurement and performance, and those two realms of discipline manifest in three areas.
Read More
Ted Sfikas

Better Together: Marketing Tips from Tealium’s Top Partners
The marketing tips were a flowin' at this year's Partner Summer Summit and we are incredibly thankful for the ecosystem of partners that support the acceleration of customers outcomes. Whether it be the renowned speakers on the panel or our wonderful customers that took the time to attend to hear about all the innovations affecting the CDP world, it was an event to remember! For those who were unable to attend live, we want to share some highlights from the day!
Read More
Matt Gray