“We are honored to be selected as one of San Diego’s ‘coolest’ companies from so many strong contenders, ” said Tealium CTO and co-founder Mike Anderson. “We are proud of our success and innovation within the digital marketing industry and pleased to represent the very best of the thriving San Diego tech industry.”

Tealium was selected for providing game-changing technology that enables digital marketers to connect and unify their marketing applications and data so they can drive more profitable omni-channel marketing campaigns in real time. Tealium recently announced record growth in Q1 2014, including a 120 percent increase in revenue from the previous year and a doubling of the company’s enterprise customer base.

The complete list of San Diego Venture Group’s 2014 Cool Companies is available at http://www.sdvg.org/thecool2014. The 30 regionally based winning businesses will be prominently featured at the SDVG Venture Summit on June 19, which is expected to draw 700 attendees. Tealium was also named a SDVG Cool Company in 2012. This year’s Cool award is the latest in a series of awards for Tealium that includes being named by Forbes Magazine as one of America’s Most Promising Companies for 2014.

The San Diego Venture Group is a non-profit business organization that fosters relationships and ideas to form, fund and build new ventures. SDVG is helping San Diego evolve into a significant entrepreneurial and venture center. Visit www.sdvg.org for more information. 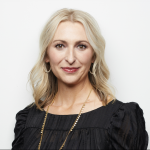 Lauren Snedden
Lauren is the Sr. Director of Corporate Communications at Tealium

Tealium Appoints Claire Long to Board of Directors
Long brings 20 years of financial experience from public accounting to CFO roles   SAN DIEGO | April 26, 2022— Tealium, the most trusted and world’s largest independent customer data platform (CDP), today announced the appointment of Claire Long to its Board of Directors as well as its Audit Committee Chair. Currently serving as the […]
Read More
Lauren Snedden

Tealium Appoints Tonya Bradford to Board of Directors
Inclusive Excellence Professor brings deep industry and academic expertise to the board  SAN DIEGO, April 12, 2022— Tealium, the most trusted and world’s largest customer data platform (CDP), today announced the appointment of Tonya Bradford to its Board of Directors. Associate Professor, Marketing and Inclusive Excellence Term Chair Professor at the University of California Irvine’s […]
Read More
Lauren Snedden